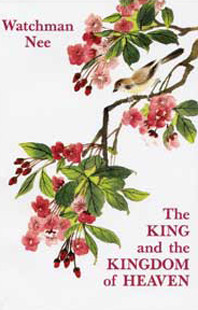 King and the Kingdom of Heaven, The

The King and the Kingdom of Heaven: A Closer Look at the Book of Matthew

Matthew presents to us Christ as the King, the One who at His first coming some two thousand years ago came incognito in the person of Jesus of Nazareth. The world in general did not and does not know Him, nor will it accept Him; but to those whom the heavenly Father reveals the Son, this Jesus of Nazareth is the Anointed One of God. And hence the purpose of the King's coming to the world is to gather to Himself a people in whom – by the Spirit of God – He can build a kingdom that is not of this world but which is of heaven.

But Matthew also shows us that the church has been taught to pray, "Thy kingdom come" (6:10), indicating that the King is coming once again! He intends to manifest publicly His kingdom on earth. At the appointed hour the King will indeed return; and then will come true what is told in Revelation, that "the kingdom of the world is become the kingdom of our Lord, and of his Christ: and he shall reign for ever and ever" (11:15).

So Matthew perceives the gospel of Jesus Christ in its fullest sense as being the gospel of the King. We will not have a total gospel if we fail to recognize Jesus Christ as King and Lord of our very lives. In The King and the Kingdom of Heaven, Watchman Nee leads us through the Gospel according to Matthew with this one theme in view: Jesus as King.

May all who read this commentary be better prepared to meet the King of kings by better understanding the kingdom of heaven and surrendering daily to the kingship of Christ Jesus the Lord!