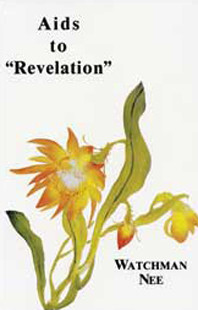 Aids to Revelation: An In-Depth Look at the Final Book

There are certain basic things that believers need to know in order to better understand the Book of Revelation. Aids to Revelation by Watchman Nee contains a series of articles originally published in Christian Magazine almost one hundred years ago that set out to prepare believers for a deeper study of Revelation.

"The book of Revelation is the very last one in the Bible. It is the consummation of God's revelation and the conclusion of God's word. Without this portion of God's word the Bible would become a book without an ending, and many of the problems in other books of the Bible would remain unsolved also. How sad that to many of God's children this book does not seem to exist in their Bible! They neither read nor understand it. This is one of the reasons for the spiritual weakness prevailing among God's people."
Watchman Nee, Aids to Revelation

In Aids to Revelation, Nee deals with the attitude believers should have towards Revelation as well as the ways and means of understanding it. He presents the different schools of interpretation concerning Revelation and offers the key to its right interpretation. He touches upon the distinction between salvation and reward, the four kinds of judgment, and the spiritual significance of numerals in the Bible, since these are essential to rightly dividing the word of truth.

Nee also compares the prophecies in Revelation with the other prophecies of the Bible – such as Daniel's human image and the seventy sevens, the Olivet prophecy of our Lord, and Paul's prophecy found in second Thessalonians. Finally, he summarizes the great events of the future as given in Revelation according to their respective times, and suggests a detailed outline of the book.

May the Lord use this volume to help many to read, to hearken, and to keep the things written in the book of Revelation.