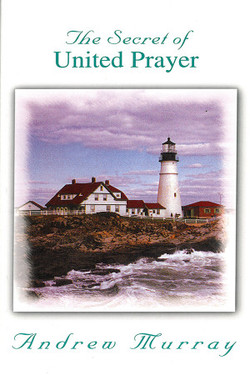 Secret of United Prayer, The

The Secret of United Prayer: A 30-day Devotional by Andrew Murray

The Church appears to have lost possession of that which ought to be to her a secret of secrets—the abiding consciousness, day by day, that it is only as she lives in the power of the Holy Spirit that she can preach the gospel in demonstration of the Spirit and of power. It is owing to this lack that there is so much preaching and working with so little spiritual result. Along with this is the widespread fact that there is so little consistent prayer—and especially that there is so little of that much-available prayer which brings down the power from on high upon the Church's ministrations. What can we do to reignite the power of united prayer in our lives and in our churches?

In Andrew Murray's devotional, The Secret of United Prayer, his desire was to study the secret of Pentecost as it is to be found in the words and the deeds of our blessed Master, Jesus Christ, and in the words and the deeds of His disciples as they took Him at His word and continued with one accord in prayer and supplication until the promise was fulfilled and they became full of the Holy Spirit and proved what the mighty power of their God could do through them.

"Is Christ something or nothing or everything to us? For the unconverted, Christ is nothing; for the half-converted—the average Christian—Christ is something; for the true Christian, Christ is ALL. Each one who prays for the power of the Spirit must be ready to say: 'I yield myself with my whole heart this day to the leading of the Spirit.' A Full surrender becomes a question of life or death, an absolute necessity."
Andrew Murray, The Secret of United Prayer