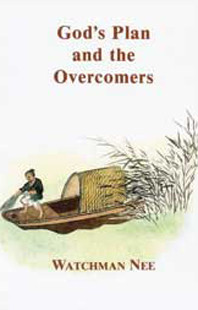 God's Plan and the Overcomers

God's Plan and the Overcomers: The Foundation of Spiritual Warfare

Does God have a plan? If so, what is His plan? How will it be carried out? Are we involved in it? And is there any opposition? These questions aren't just rhetorical because answering them is vital to our spiritual well-being.

In God's Plan and the Overcomers, Watchman Nee lays before us the eternal plan of God, which is to sum up all things in Christ that Christ might have the preeminence in all things (Eph. 1:10, Col. 1:18). This plan is violently opposed by Satan who unjustly seeks that place for himself. Though temporarily the Adversary appears to succeed in frustrating God's plan, nevertheless at the appointed time God sends His own Son into the world to destroy all the works of the devil and to remove all obstacles to His plan.

"God leaves the church on earth not only to preach the gospel to save sinners but also to demonstrate the victory of Christ on the cross. He permits Satan to remain on earth for the sake of creating opportunity for us to prove the victory of His Son. He expects us to exhibit the victory of His beloved Son. Consequently, a defeated believer brings disgrace to God."
Watchman Nee, God's Plan and the Overcomers

It is on the cross that Christ has accomplished the work of redemption, and He now calls His church to stand in His victory and work together with Him to bring all things under His feet. Yet due to the failure of the church at large, the responsibility falls upon the overcomers of the church. And through the cooperation which these overcomers give to Him, Christ will realize God's plan!