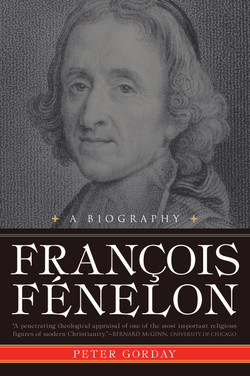 Francois Fenelon: The Apostle of Pure Love, A Biography

Discover the wisdom of this controversial theologian whose counsel and meditations have found a wide audience for more than three centuries!

Francois Fenelon: The Apostle of Pure Love, A Biography

François Fénelon was a seventeenth-century French archbishop who rose to a position of influence in the court of Louis XIV. Amid the splendor and decadence of Versailles, Fénelon became a wise mentor to many members of the king's court as well as to the controversial Madame Guyon. Later exiled from Versailles for political reasons, Fénelon set out to improve the lot of peasants of his diocese and to deepen the spiritual life of all with whom he came in contact. Until his death, he corresponded with those at court who had become his spiritual "children."

Twenty-first century Christians are rediscovering the wisdom of this spiritual thinker. Together with Pascal—who was an old man in Fenelon's youth—he showed how it was possible to have devotion and faith in the Age of Enlightenment. He battled heresies, faced charges of heresy himself, and wrote masterful books of insight into the spiritual life. Learn more about this spiritual giant in Francois Fenelon: The Apostle of Pure Love, A Biography!