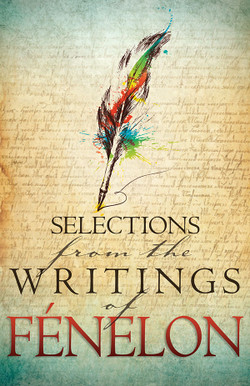 Selections from the Writings of Fenelon

"The one who loves much, prays much. The one whose heart is closely united to God has no sweeter consolation than in communion with Him. He finds a positive happiness in being able to love Him, to speak to Him, to meditate upon His attributes, to adore His majesty, to admire His power, to dwell on His goodness, and to yield himself up to His providence."
François Fénelon, Selections from the Writings of Fénelon

Selections from the Writings of Fenelon

François de Salignac de la Mothe-Fénelon was a French archbishop, theologian, and writer whose excursions into the contemplative life, especially quietism, caused controversy in the church of his day. Fénelon was, in spirit and in truth, a Christian—a lover of God and man. His pure and expansive thoughts could not in their nature be confined to any sect or country. It is true that he was not above all the prejudices and influences of education. Who is? But his was one of those pure and beneficent spirits that, from their natures, belong to the whole of mankind. Today, his writings remain as an encouragement and source of spiritual growth for many Christians.

Fénelon's writings poured forth with the spirit of Christian love and the spirit of the Savior of mankind; a love that Fénelon believed could conquer self, bind us to our neighbor, and raise us into the presence of almighty God. Selections from the Writings of Fénelon is a collection of his work, including doctrinal teachings, letters, meditations, prayers, and devotions, that is sure to empower your devotional life and bring you closer to the God you seek.

"We would much rather make certain great sacrifices for God, however violent and painful they might be, upon condition that we should be rewarded by liberty to follow our own desires and habits in the details of life. It is, however, only by fidelity in little things that a true and constant love for God can be distinguished from a passing fervor of spirit."
François Fénelon, Selections from the Writings of Fénelon