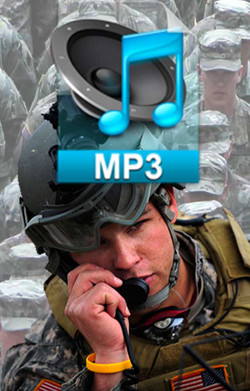 Military Christianity is the Life ALL Believers Are Called to Live!

“War is not left to the military or the pastor. War is mine… To the obedient and those who hold to the testimony of Jesus Christ comes the very focused attack of the dragon (Revelation 12:17). And so I must learn HOW to fight, WHAT to fight and the WAYS to win. I go from battle to battle and from defeat to defeat unless I take on the battle as a fully engaged spiritual warrior.

“Like it or not. Enter it or run. Christian-life is embroiled in unending war: seizing the least, and besetting the weakest. Reaching to the most inconspicuous of us little believers.

“We followers of Christ are born conscripted into a spiritual army. Drafted BY re-birth. A duty mandatory and necessary but still voluntary. Most of us are AWOL: absent from the fight, and without permission to be so.”

Blessed be the Lord, my rock, Who trains my hands for war, And my fingers for battle.
Psalm 144:1 NASB

The theme of war permeates the whole Bible. Christians as soldiers cannot be missed when you read the Word. That we are all called to battle is unmistakable, but few of us know what that really means in the practical. Where is the battleground? How do we fight? What is our training? These are questions that we desperately need answered. Our lives – and the lives of those we love – depend on it.

“We are to be ready, at a moment’s notice, to go in another direction because the Captain calls for it.”
Martha Kilpatrick, Military Christianity

Military Christianity issues a call to arms and provides practical wisdom from the Scripture. When Martha had a lengthy conversation with a young Marine, the Holy Spirit lit up the spiritual applications of military training and mindset. Military Christianity is the distillation of the Spirit’s revelation on Kingdom authority, discipleship, unity in the Body of Christ, and the basic training so key to standing in Christ’s victory over evil.

Military Christianity is the June 2017 Message of the Month

This is an mp3 file that, once purchased, will be available to the customer to download for 30 days. *Note to Tablet/Mobile Users Below.

*NOTE TO TABLET/MOBILE USERS: Please download the mp3 to your computer and then transfer the file to your mobile device via iTunes or similar syncing software.  Due to the limitations of most mobile platforms, you will not be able to directly download this file onto your phone or tablet.