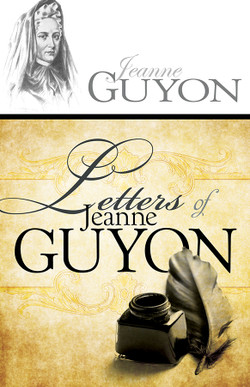 Letters of Jeanne Guyon is a collection you don't want to miss!

"God communicates Himself to us in proportion to how much we are prepared to receive Him. And in proportion as He diffuses Himself in us, we are transformed in Him and bear His image. O the astonishing depths of God's love! He gives Himself to souls disappropriated of self, becoming their end, their final principle, their fullness, and their all."
Jeanne Guyon, Letters of Jeanne Guyon

Jeanne "Madame" Guyon found the way to God through prayer in the midst of a darkened civilization. Her books describing her methods of prayer were so radical in their day that Guyon was imprisoned for several years in the infamous Bastille. Today, her writings are considered classics in Christian literature.

This collection of Guyon's thoughts and experiences are gleaned from the many letters she wrote during her lifetime, including her correspondence with her friend, advocate, and fellow theologian, Francois Fenelon.

"This is no time to be disheartened. When the sinful lusts rebel, leave them to their disorderly cravings. Let them cry, as a child from whom we take away a dangerous yet pleasing toy. Strengthen yourself for crosses and humiliations. You will soon be made alive in Jesus Christ."
Jeanne Guyon, Letters of Jeanne Guyon