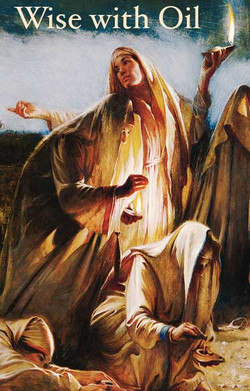 What does it take to be Wise With Oil?

“The basis of relationship is the will of God, and there’s no relationship that isn’t absolutely truthful on both ends.”
Martha Kilpatrick, Wise with Oil

In the parable of the Ten Virgins, five were called wise and five were called foolish. The five wise virgins had enough oil to keep their lamps burning as they waited for the Bridegroom. The foolish virgins ran out of oil. What exactly is the oil and how do we get enough to store?

In this classic Message of the Month, Martha provides an in-depth look at the story of the Ten Virgins. In it she discovers both wisdom and warning in equal measure for every believer who desires to be at the Marriage of the Lamb.

The last thing that any believer wants to hear the Lord say is “I do not know you,” and this timely teaching holds the key to being wise virgins with a store of precious oil.

January 2009 Message of the Month