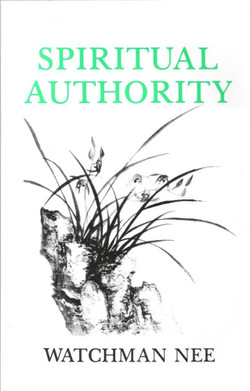 Here is a powerful teaching by Watchman Nee on one of the most misunderstood and maligned spiritual issues of the Christian life: spiritual authority. Too few comprehend the nature and principle of God's authority, let alone the very real consequences of those who violate or revile it.

"The acts of God issue from His throne, and His throne is established on His authority. All things are created through God's authority and all physical laws of the universe are maintained by His authority. Hence the Bible expresses it as 'upholding all things by the word of His power,' which means upholding all things by the word of the power of His authority. For God's authority represents God Himself whereas His power stands only for His act. Sin against power is more easily forgiven than sin against authority, because the latter is a sin against God Himself."
Watchman Nee, Spiritual Authority

The Hidden Gift of Spiritual Authority

In Spiritual Authority, Nee carefully and clearly charts the primary importance of submitting to God's own authority, as well as to His delegated authorities. Split into two sections, the first part of the book looks at submission to authority and the second part looks at wielding authority. No believer can afford to miss Watchman Nee's unforgettable and highly anointed book on the power and purpose of spiritual authority—and how completely every person will be held accountable for their submission or rebellion.

"Before we can work for God, we must be overturned by His authority. Our entire relationship with God is regulated by whether or not we have met authority. If we have, then we shall encounter authority everywhere, and being thus restrained by God we can begin to be used by Him."
Watchman Nee, Spiritual Authority