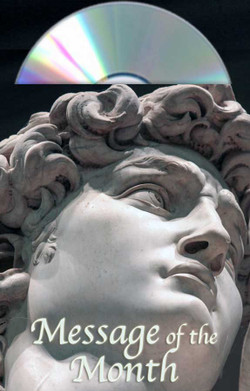 The Secret of David

What is the secret of David and his extraordinary life with God?

“When I say ‘David’ to you, what is the first thing that comes to your mind? I think it’s probably his sin: his adultery and murder (Bathsheba and Uriah). All the commentators of his life make that crime to be David’s story…but God does not. It’s strange that in the New Testament there is no mention and no memory of David’s sin. It’s absent! And David is mentioned over 30 times in the New Testament.”
Martha Kilpatrick, The Secret of David

The life of David holds a secret. Do you know what that secret is? David walked with God and gained both His pleasure and His forgetfulness of his sin. Who among believers doesn’t want that? What wouldn’t you do to live a life that pleases God as much as David’s pleased Him? What would you give to have God say of you, “Here is one after My own heart!” just as He said of David? When we define David by his sins, we fail to see him as God sees him—and we miss the great secret of his life and walk with the Lord.

“It’s your inner life that is crucial… David felt what he felt, and it got him into trouble, but it got him out of trouble, too.”
Martha Kilpatrick, The Secret of David

When we see with earthly eyes, we see nothing as it truly is. The Secret of David looks at the man God commended for all eternity and sees him as God does. In this beautiful message, Martha reveals practical wisdom for your walk with the Lord and offers new hope to those who see their own story with all-too-earthly eyes.

The Secret of David is the July 2017 Message of the Month.

Want it NOW? The Secret of David is available in mp3 for immediate download.