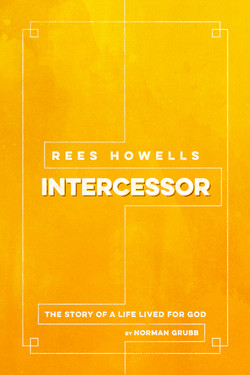 Norman Grubb updates the biography of one of history's greatest prayers in Rees Howells: Intercessor!

The biography of Rees Howells is the story of a life lived for God. And the power of that life was evident to all who met him.

"I read about the mighty movement of the Spirit through him in Africa. He was coming Llanelly, so I walked three miles to hear him. He was to me the most wonderful missionary I had read of. His way of speaking was different, the Spirit had so dealt with him. I remember one young Christian asking him how he knew God's voice, and he said, 'Can't you tell your mother's voice from any other?' 'Yes, of course,' the young man answered. 'Well, I know His voice just like that.'

"I shall never forget the meetings in the Llandrindod Convention after he came back from Africa. Frankly, he was by himself. He was only about forty years old and in the strength of his manhood. He lifted the meeting to such a plane that everyone was spellbound. No one could move, no one could follow him. He was requested to test the meeting and asked who would like to give themselves to God as he had done, and everyone stood up, ministers and all."
(Mr. Henry Griffiths recalls Rees Howells, in Rees Howells: Intercessor by Norman Grubb)

How did the faith and prayers of a humble coal miner affect the course of World War II? In Rees Howells: Intercessor, Norman Grubb tells the story of one man who progressed in faith until his prayers even altered world events. Written with humanity and humor, this book uncovers the rich truths of the Holy Spirit in the life of Rees Howells.

"The only thing I am afraid of is that I should miss God's will. Many people are afraid of consequences. I must be clear on this point, for God says, 'If it is the consequences you are afraid of, don't come to Me for protection.' There is a great difference between a selfish fear of consequences and wanting God's protection because you have a work to carry out for Him. Have you really got victory?"
Rees Howells, Rees Howells: Intercessor