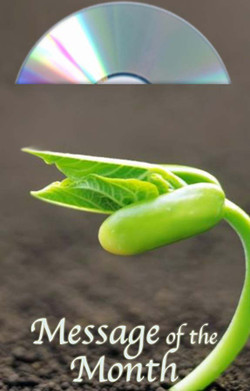 “The Word of God is a living seed.”
Martha Kilpatrick, Receiving the Seed

Martha was asked recently, “How do you keep a revelation God has given you alive and active in your life?” Following up on last month’s The Secrets of Receiving, Receiving the Seed contains the answer to that wonderful question and so much more!

And He spoke many things to them in parables, saying, “Behold, the sower went out to sow; and as he sowed, some seeds fell beside the road, and the birds came and ate them up. Others fell on the rocky places, where they did not have much soil; and immediately they sprang up, because they had no depth of soil. But when the sun had risen, they were scorched; and because they had no root, they withered away. Others fell among the thorns, and the thorns came up and choked them out. And others fell on the good soil and yielded a crop, some a hundredfold, some sixty, and some thirty. He who has ears, let him hear.”
Matthew 13:3-9 NASB

Are You Receiving the Seed from the Sower?

The Parable of the Sower gives us three ways to lose the seed and only one way to receive it. And we really need to know how to receive that seed! But do we? Do we know what this parable truly means? Or do we only think that we do?

In Receiving the Seed, Martha asks listeners to look at the foundational Parable of the Sower with new eyes and to hear it with ears AND heart. If the Word of God is a living seed, and it is, then believers have a true need to know how to go about receiving the seed that will bear fruit for the Lord. We are called to bear fruit, and that can’t happen without receiving the seed.

Receiving the Seed is the Message of the Month for July 2018.

Want it NOW? Receiving the Seed is available in mp3 for immediate download.