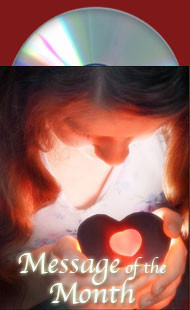 Most people believe that lying isn’t so bad. Surely there are worse sins that we could be guilty of committing! But that isn’t God’s view of lying, and it’s His view that matters. Could it be that the solution to some of our deepest struggles and most consistent ills hinges on telling God the truth?

Here is a piercing message on the scriptural evidence that reveals just how strongly God values the truth. Too many of us fail to realize the uncompromising displeasure Jesus has for liars – or how lavishly He rewards the lovers of truth.

“Telling the truth is the difference between missing Jesus – by not recognizing Him – and having His favor.”

February 2015 Message of the Month